Hi All, as we are trying to get some more activity on the forum I thought it about time I documented what I have done so far with my 1991 White Ph1 GTI, I managed to find this car on Gumtree and it just so happens it wasn't far from my wife's parents house so ended up "just going to look" which resulted in me buying it and driving it 200 miles back home which was abit scary haha, anyways here is the car when I got it back to their house, it looked a really clean example 65k and I am the 3rd Owner. 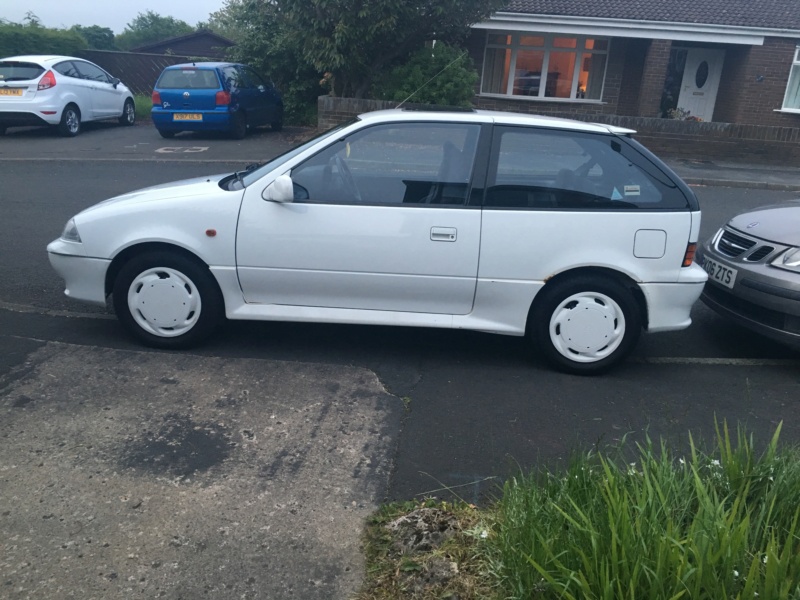 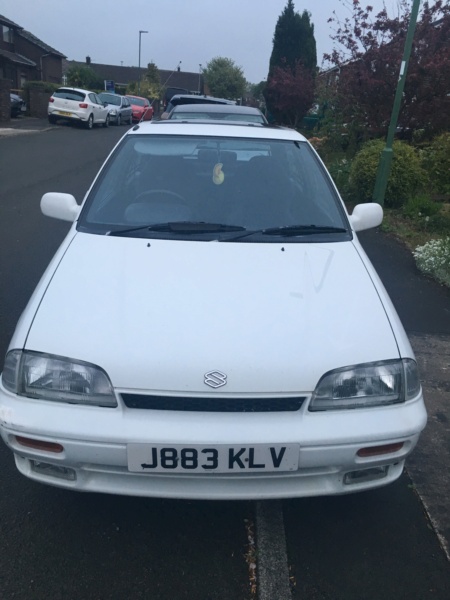 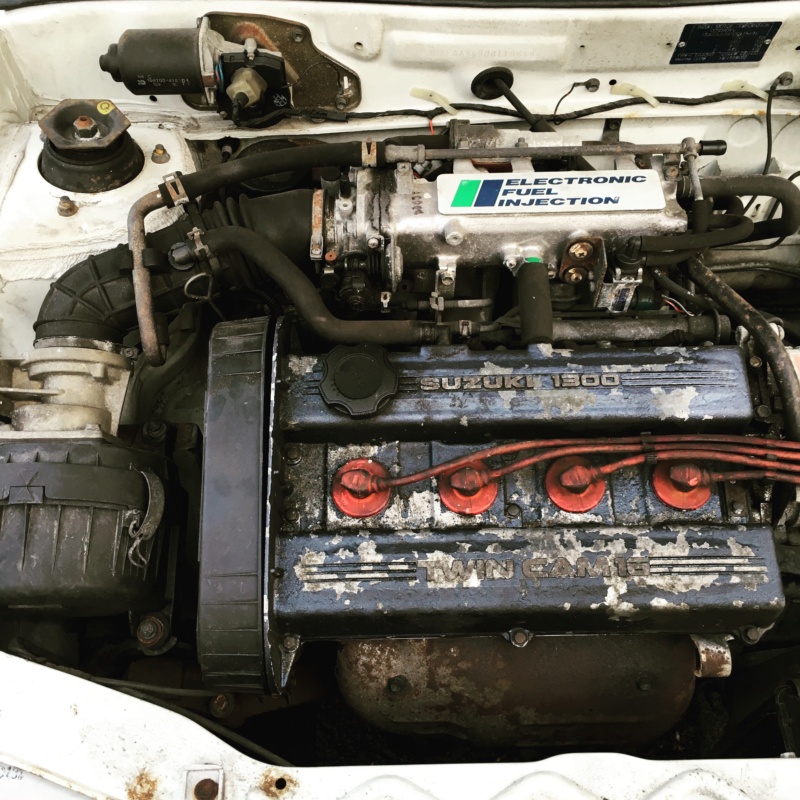 I wanted to try and do most of the work myself to save costs and to learn some new skills etc, once back to my work I then started to take the seats out and interior etc and found the classic Suzuki problem Rust and lots of it, as you can see from the below. 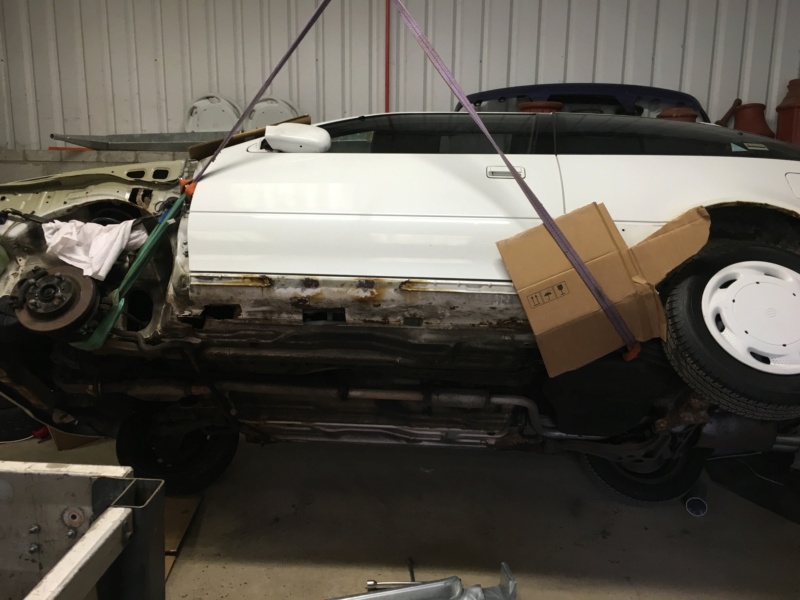 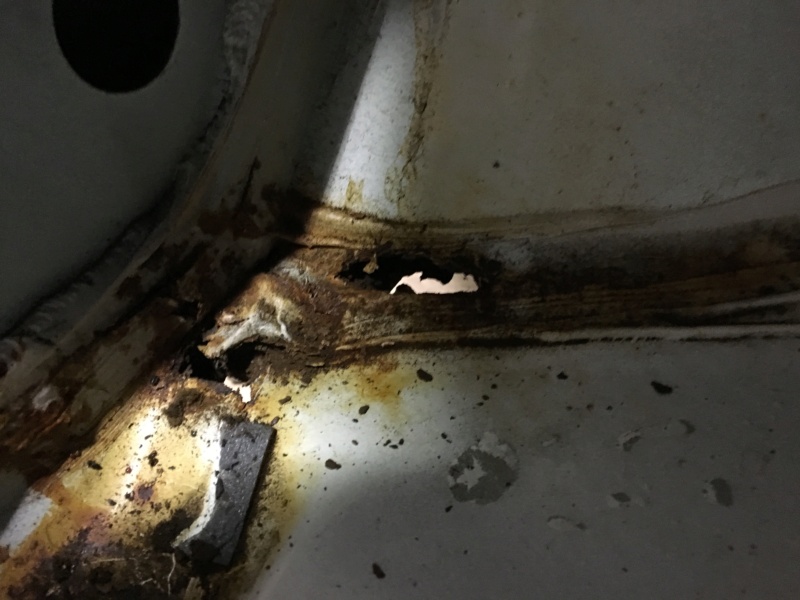 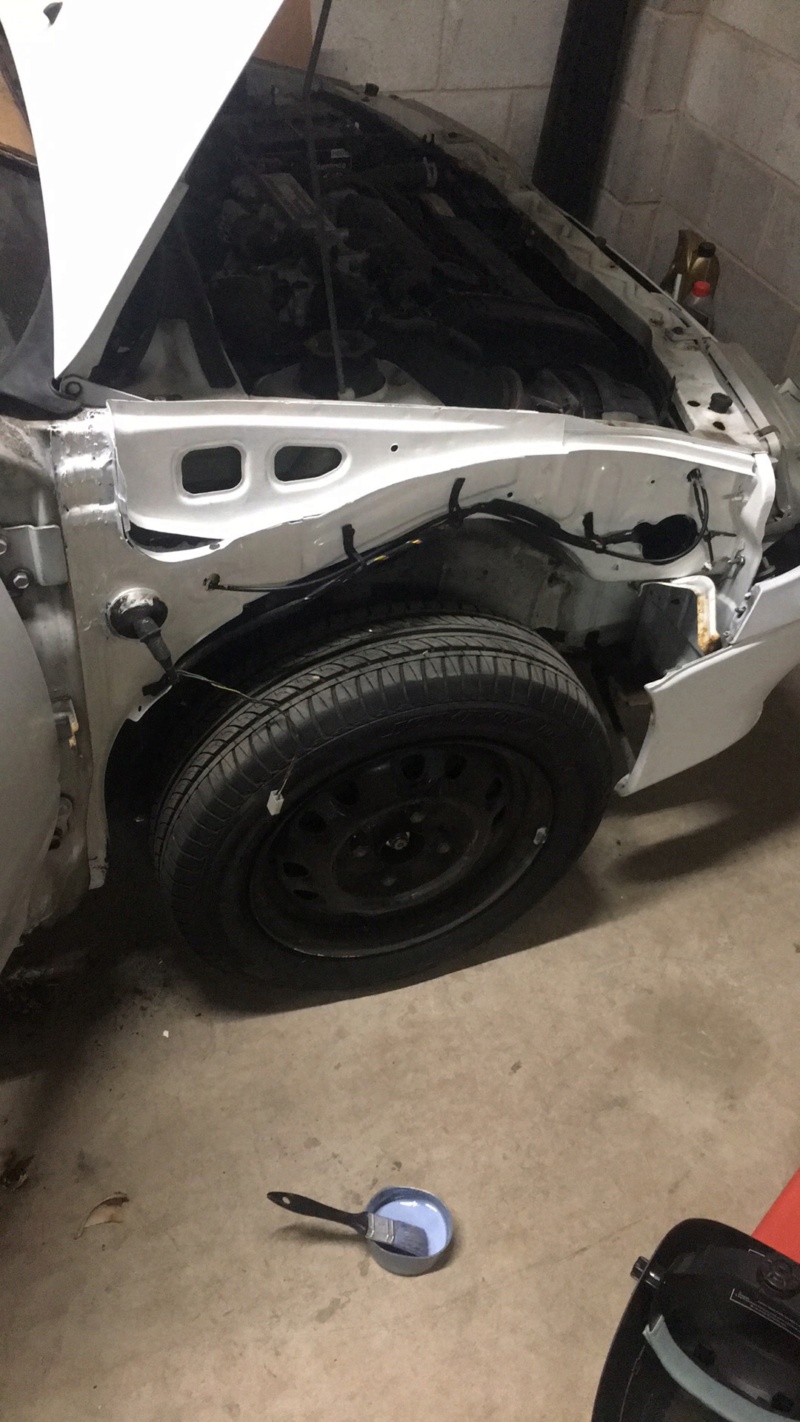 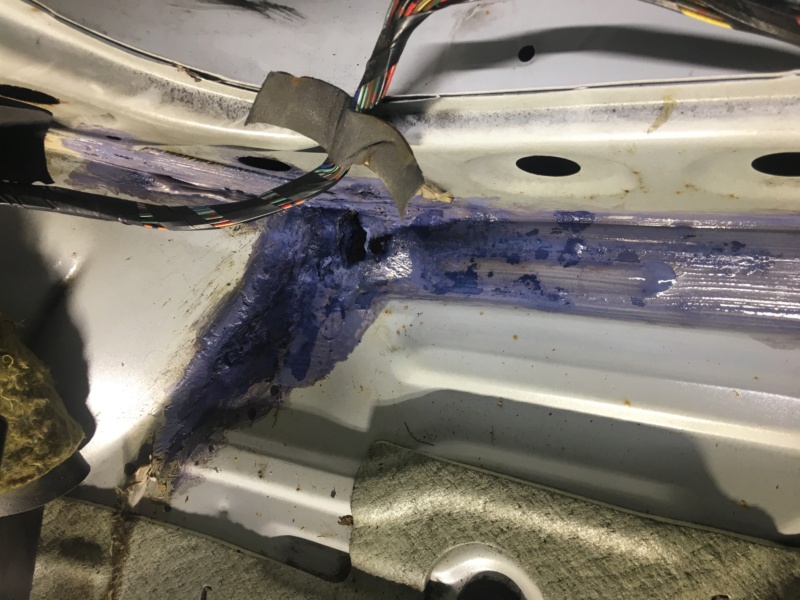 After removing the wings and side skirts I managed to get to all the corroded areas, treated with B&H Rust Killer and had ago at welding, with some help from the guys at work once I got the basics I did do alot of it myself.

Once welded, and the rust treatment added I painted the inner wings to offer some more protection and managed to order a pair of Suzuki OE Wings which would be fitted later, next on the list was the brakes these were all replaced for Grooved Discs and Greenstuff front pads with standard rear pads, i also painted the stone guard and give the calipers a lick of paint. 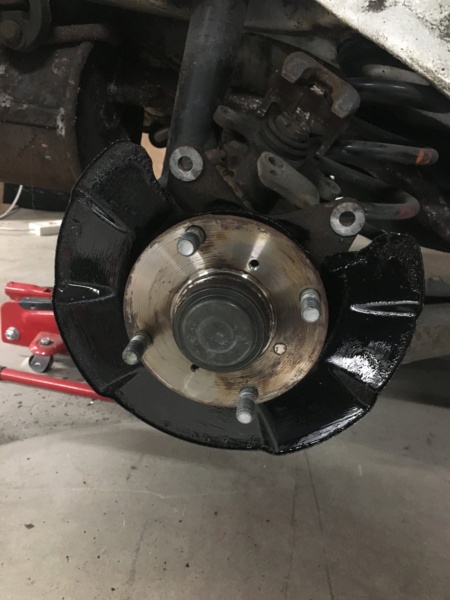 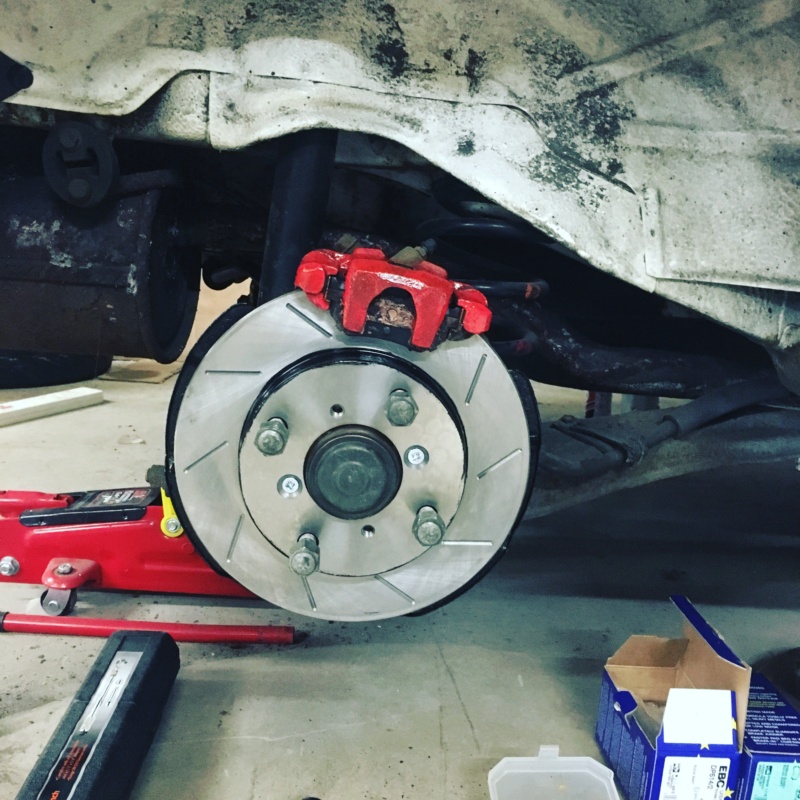 The car has also had a new Water Pump and Timing Kit, I orginally did this myself with some help from Gary and the Manual, I was really pleased I managed to time it all correct etc but it was short lived when one of the bolts from the timing cover worked loose and dropped in to the belt area shredding the belt and damaging the lower pulley, so i then took it to a mechanic to get it all done again properly. (Luckily the Belt never snapped but wasn't far off!!)
By this time I was gathering a nice selection of parts including a spare engine, Lightened Flywheel 4-2-1 Manifold to name a few. 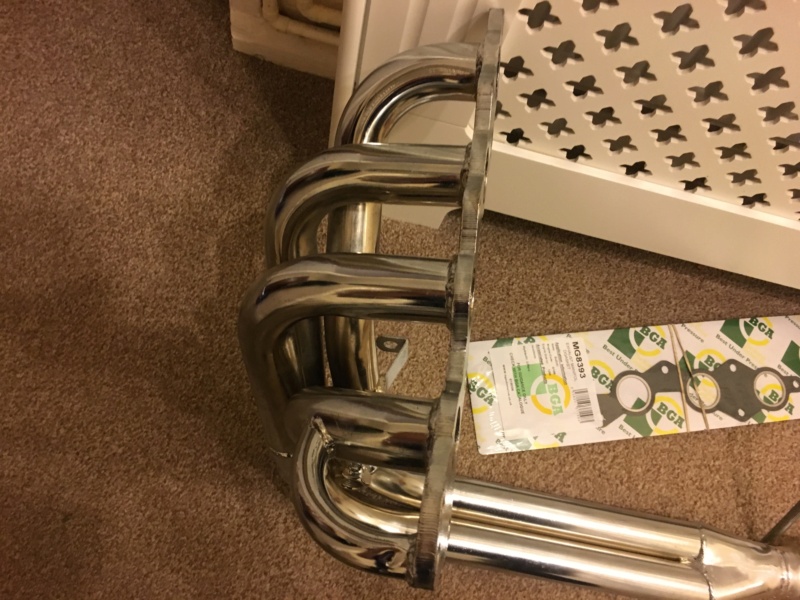 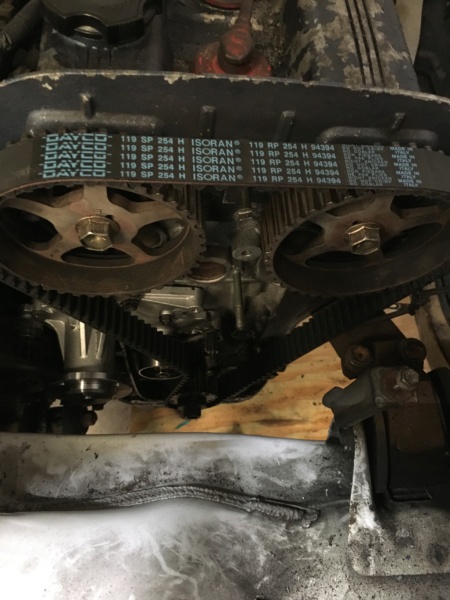 The car at this point was taking shape so I wanted to tidy the bodywork up, so I had a mate of mine sort all that for me the new wings were fitted and I had the whole car resprayed minus the bonnet, roof and boot, which I will get done at some point but aren't too bad at the minute. 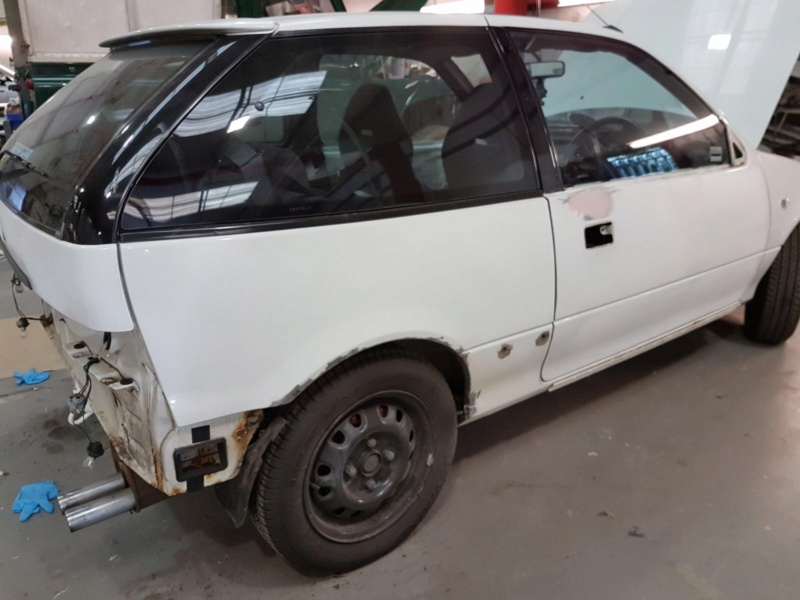 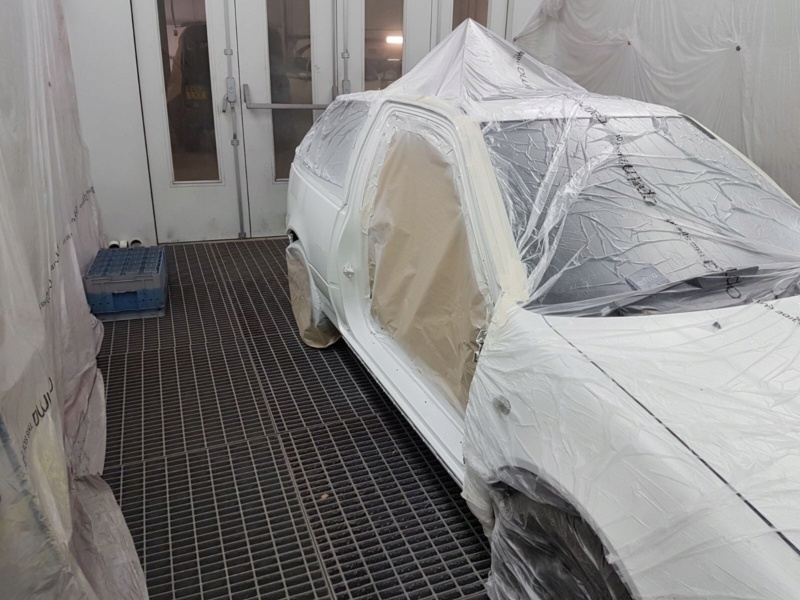 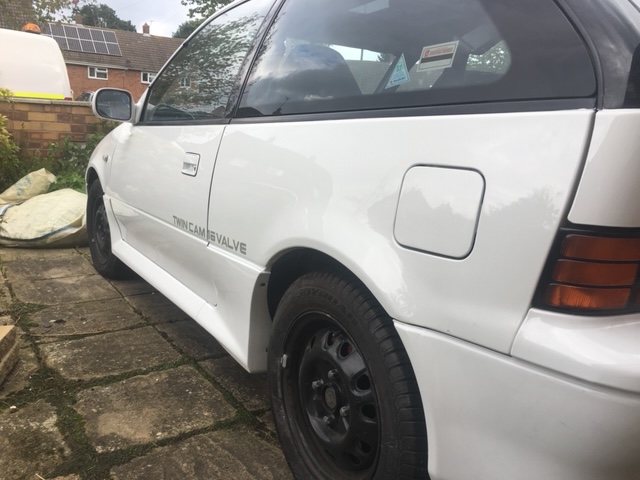 At this stage I was really pleased with how far it had come i managed to purchase some Suzuki OE Lightweight wheels and i really like the look of them fitted to the car. 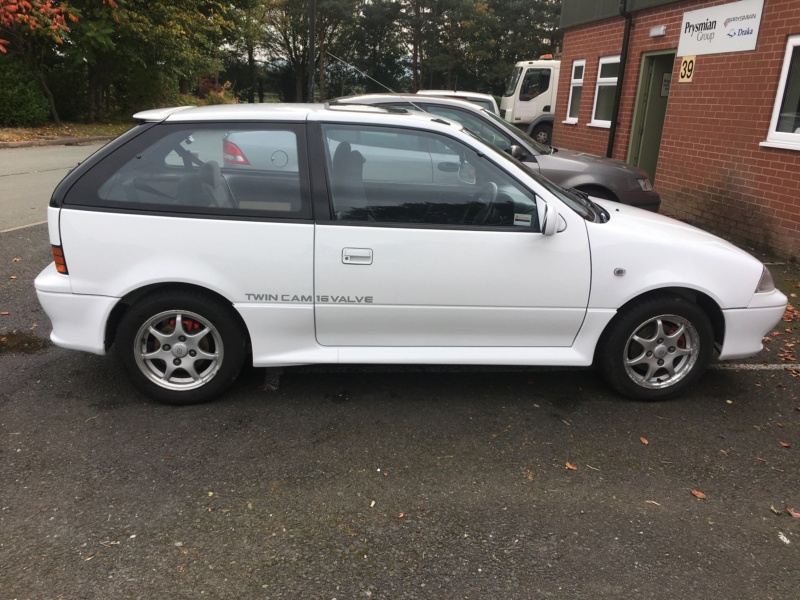 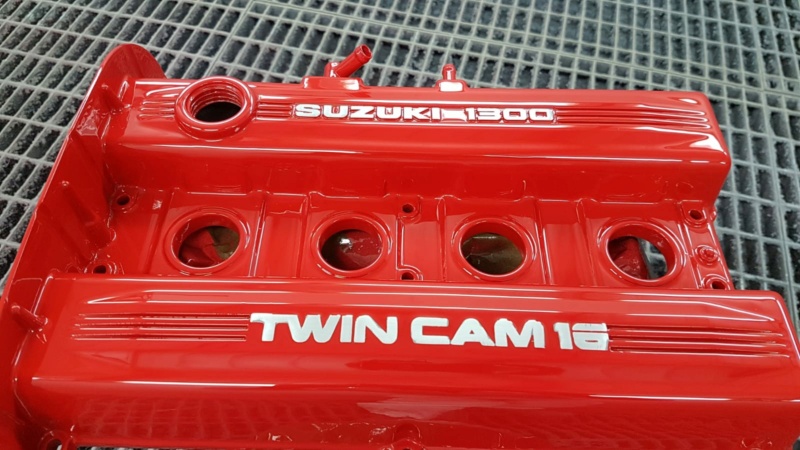 To be fair the car doesn't get used much only on a nice day at the odd weekend, I wanted a little more power from the Engine so i got in touch with Strider and purchased a set of Cultus Cams, Inlet and Pistons, I took the car to my mate who installed the inlet and Cams but unfortunately the Pistons weren't very good and he advised not to install so I never bothered in the end. 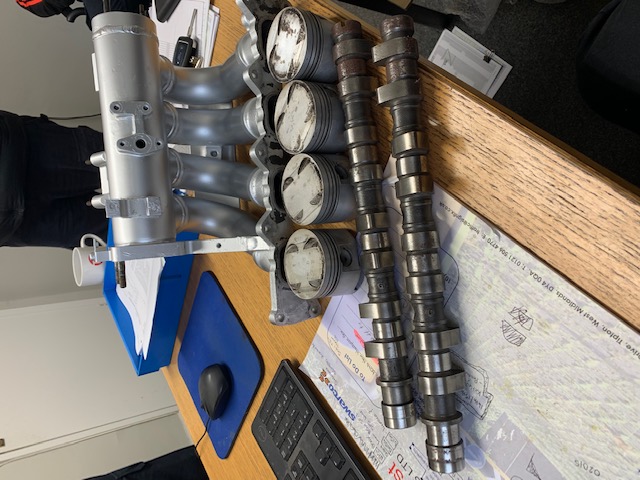 Engine Bay how it currently stands, I have also installed a Chipped ECU bought from Gary 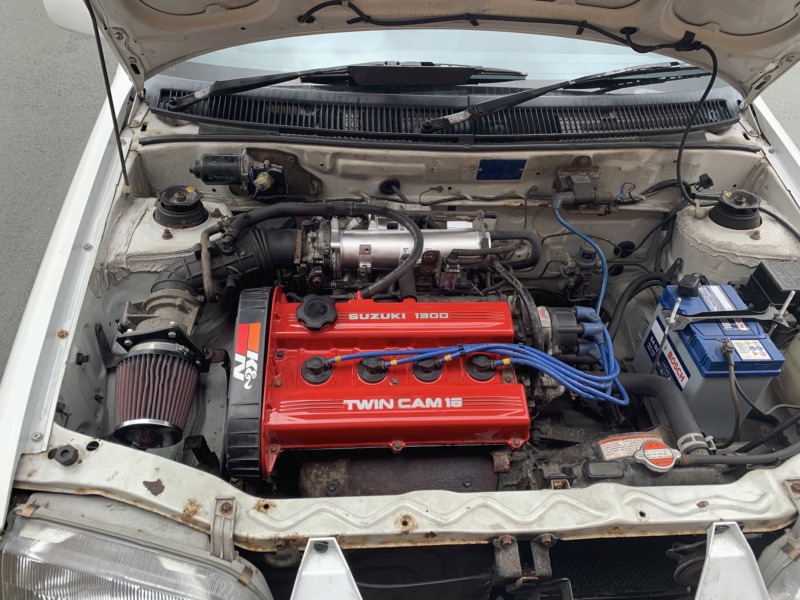 And this pic is from Curborough Sprint Track where I had a blast around with some mates, also sporting the addition of Lowered Springs, Polybushed Control Arms and a Ph2 RARB. 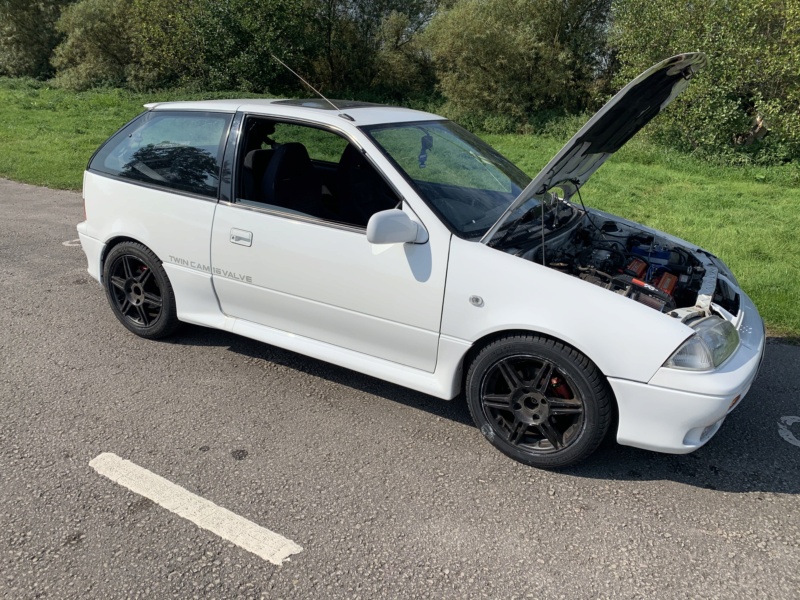 That is pretty much where I am at currently, I would like to get a new Clutch Fitted and the Exhaust Replaced, along with getting the new manifold on.

Now I have caught up i will add any further updates on the the build hope you enjoyed reading, thanks

welcome back mate good to see some of the old users alive and well. Swift is looking good for 2021 not too rusty at all ! where did you find that ?

Hi Mate, can’t believe I joined up here in 2008 haha, I am pleased with how it stands at the minute mate, the rear arches have started to go again because it was stored outside until recently it is now back at my work in the dry thankfully, I got the car from Stockton mate.

I was looking through old posts the the other day and realised how old the forum is lol. bloody 13 odd years ago ! time fly's when your car is dissolving lol If your wanting a exhaust doing on your Gti feel free to enquire that's actually what i do now. Although I am fairly booked up and limiting custom work I may be making a few parts soon as I owe spackatron a underbody brace and am considering some wing/fender braces to give these old things just a little more rigidity in the front end.

I forgot you had my old wheels on

What kind of brake disc did You put on?

Wow this topic appeared in my emails.

I used to post on UK-SSGTI regularly back some time ago (I just checked and I last visited in Feb 2014).
I used to own a Ph1 rally car but I sold it in early 2015 due to a back injury, it now lives on in New Zealand.

Every now and then I think that I would like another one, but the prices have gone up considerably since then.

Thanks mate still work in progress but much better now, the brake discs are mtec and are available on Ebay.

I used to post on UK-SSGTI regularly back some time ago (I just checked and I last visited in Feb 2014).
I used to own a Ph1 rally car but I sold it in early 2015 due to a back injury, it now lives on in New Zealand.

Every now and then I think that I would like another one, but the prices have gone up considerably since then.

Hello mate yes I remember your car, it is nice to see some old names pop back up on here, GTI's don't pop up much anymore can't be many left now.

I will keep this thread updated now when I do some more to the car.

Great to see everyone posting again

Even Andy came back on!?
I didn't know you did your back in... must be old age!
I'm beginng to worry about getting in and out of my mk2 mini